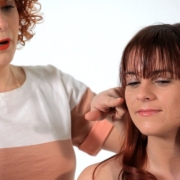 Hi everybody. I wanted to show you today how to style side-swept bangs. So our beautiful model here has lash grazing length bangs. You could do this style with, you know, kind of cheekbone, anything that was a little bit longer. And I’ve already blow-dried the rest of her hair. What I’m going to show you is how to style them from wet and also we’ll go over a couple of things that you might be hitting, or being confused about.

So first thing is, I’ve dried the bangs to be probably 80 percent dry leaving most of the moisture at the bottom here. If you do have any kind of cowlicks or anything like that I would recommend doing your bangs first with the blow dryer and then proceeding, even if you just rough-dry the rest of your hair, if you just will do that first. So you might notice that we’re not starting with the part in the bangs today. I always find that if you start with the bangs and work them fully down before I push them over to the side, that you have a softer effect. And it also keeps it a little more movable so should the wind blow, you’re not stuck in one direction.

So what I’m going to use today to style them is a blow dryer and a round brush. You might also want to get a little flat brush. And this one, this is a teeny one, but this one has a combination of natural bristles and synthetic ones, so the synthetic ones are going to help you to grip the hair and the natural ones are actually going to impart a lot of shine into the hair.

What I’m going to do is, if she had an enormous cowlick I would start with the bangs completely wet and I would go in with this brush, and what I would do is, I would wrap the bangs. So I would go from one side of the hair to the other side, and what you’re doing there is you’re breaking up any kind of part lines that you might naturally have in your hair. You’re also creating a lot of good movement throughout. So, say that she had a cowlick that was popping her bang up, like that, it was popping it in this direction, I would start my wrapping technique going in the opposite direction of whatever you’re trying to fight. I think that’s also a really good idea if you’re starting to wear your hair parted on the side and going with a side-swept bang but you’re having trouble getting any kind of drape or movement over the forehead. If your bangs just want to lift off of your forehead, if you start going the opposite direction of your part line, you’ll actually get a really beautiful graceful movement over the top of your forehead.

So, that being said, I’m just going to go in and I’m going to dry the bangs a little bit. And I did that mostly focusing on the roots of the hair. So now I’m going to go in with the round brush and you might be saying, “Well, I don’t want a big rounded bang. I don’t want it to look like I put a curling iron through. By using a medium size round brush, you’re actually going to get just a very subtle dip to the hair. If you find that the dip is too much, then the wrapping that I was just doing will actually create a very soft subtle bend to the hair, just using the natural shape of your forehead to do so.

So with this brush I am going to gather up all of her hair and I am going to start at a very high angle with my blow dryer, and then I’m going to move the hair down, and I’m going to rotate my brush at a low angle. And when you re-rotate your brush, you’re going to get a straighter appearance. So by rotating the brush I’m going to smooth the hair to the tips.

Afterwards, I just finished blow-drying it, I did a cool blast with my blow dryer, and what that’s really going to do is it’s going to impart a lot of shine, but it’s going to freeze what you just did. So now that I have the bangs blown all the way forward, sometimes if you have a longer bang you’re not going to be able to see at this point. Still I want you to blow dry them all the way forward and then what you’re going to do, is depending on which side you want to flip them to, you’re just going to move them in that direction. And you can see that by doing that you get a beautiful swoop over the forehead. You’re eyes are completely opened up.

I love a side bang also, because not only does it expose more of your face, but it highlights your eyes. It acts as a little bit of an arrow just to point out something that’s really beautiful of you. Now if you were struggling at this point still and you were having trouble, this piece didn’t want to behave, you can always leave a tiny bit on one side, and I’m going to swoop this back, and then swoop that in the other direction. You could, now at this point, now that your roots are 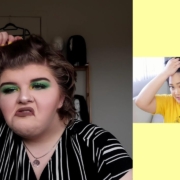 I TRIED TO FOLLOW A SHORT HAIR TUTORIAL AND FAILED! | Chloe Benson 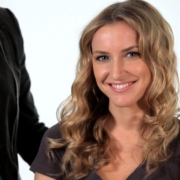 How to Get Tight Waves w/ Curling Iron | Hair Tutorials 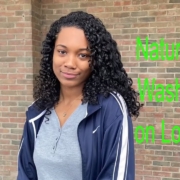 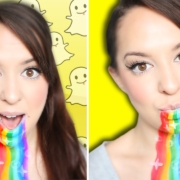 How To Make A Wig (Beginner Friendly) ARIEL HAIR 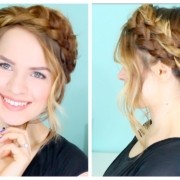 How to: Easy Crown Braid
21 replies