Trina and Trick Daddy engaged in a heated back-and-forth during the Love & Hip Hop: Miami reunion, which sparked an observation within the industry. In the now-viral clip, the Florida rappers debated which one of them had the stronger, more prolific career and catalogue, which prompted the Diamond Princess to make a personal declaration regarding their professional relationship.

“My verse is harder and that’s why you mad,” she exclaimed of her sharp verse in Trick’s 1998 hit, “Nann N***a.” “I did the record for you and I killed you on the verse… I did your record and I murked you.” After her blistering feature, Trina went on to have a bountiful rap career of her own with LPs such Diamond Princess and Still da Baddest, and she’s inspired rappers in recent years, such as fellow Floridians, City Girls. On tracks like “Look Back At Me” with Killer Mike and “B R Right” by Ludacris, Trina continued to display a mastery of the craft over her male peers.

Suffice it to say, many don’t think that her recent statement is a reach—talent doesn’t discriminate, and many female rappers possess the ability to completely smash their features on popular, male-led tracks. From Philly native Ice Cream Tee spilling that tea on DJ Jazzy Jeff and the Fresh Prince’s 1987 song “Guys Ain’t Nothing But Trouble,” to Cardi B’s sizzling and sexy verse on Pardison Fontaine’s “Backin’ It Up” in 2018, women have proven time and time again that they’re not only built for this hip-hop sh*t, they’ll body those who gave them a chance to show their skills on their own turf.

Women don’t always have the platform to showcase their rap gifts as easily as they could as far as major label signings or promo goes, so why not crush it on a song by someone with the platform? Strong features prove a mastery of a craft that female rappers allegedly aren’t supposed to have. The right verse displays an MC’s style, wordplay, flow and skills with the pen, and since the birth of a now-international genre, ladies have shown they can be all that and a bag of chips.

Attempting to thrive in a male-dominated field poses challenges, including ego-tripping and combatting ghostwriting claims. Despite this, our lyrical virtuosos continue to put in the work to prove their worth on wax. Fire features often result in fruitful careers of their own outside of a male co-sign.

Since the beginning of hip-hop, ladies have been an integral force in helping to cultivate the art form. Zulu Queen Lisa Lee was the first and only female member of Afrika Bambaataa’s Soulsonic Force, who brought a flair all her own during the group’s inception in the ‘80s. Her feminine swag was felt and highly appreciated on a number of Zulu Nation Live tracks. Sharon Green, a.k.a MC Sha Rock, was also the lone female member of the Bronx hip-hop group Funky 4+1, the first rap collective to appear on national television. They were signed to Sugar Hill Records and released the singles “That’s The Joint” and “Rappin & Rocking The House.”

Instead of excluding an entire group of people who were influenced by the then-burgeoning genre, male-heavy groups brought women along for the ride, showcasing that  hip-hop was not only infectious, but inclusive. The women in these groups were treated as equals and were given the space to show their stuff. In retrospect, this could have even been a way that cosigning women in rap began. However, as time passed, the embracive aspect of the genre slowly drifted away as crews died down and an emphasis on solo-success began to take way.

While artists such as Roxane Shante, MC Lyte, Queen Latifah and Salt-N-Pepa showed that multiple women could thrive at once during the ‘80s and ‘90s, it became increasingly difficult in the late-2000s when it came to distinguishing which female rapper could get shine. This later led to the belief that the game only had room for one mainstream femcee at a time. In a 2018 interview, Detroit rapper Dreezy noted the double standard between male and female MCs.

“I always feel like I’m getting compared to other females,” she said. “It’s kind of stupid because they don’t do that to the male counterparts. They all coexist, you feel me?… when it comes to females, it’s like the pit of death, like crabs in a barrel. We gotta fight for the top type of stuff.”

This “fight” for supremacy was evident between Lil Kim and Foxy Brown, who started off cordial, but egos reportedly caused a rift in the MCs’ relationship. If there are fewer female rappers gaining visibility in the mainstream, it may appear that there’s only so much space to provide attention to multiple women in hip-hop. However, this is where co-signing and featuring less-visible femcees is important.

Jane Doe’s explosive, multisyllabic rhyme scheme on Black Star’s “Twice Inna Lifetime” and Jean Grae’s humble-yet-hungry verse on Talib Kweli’s “New York Sh*t” were some of the early-aughts’ standout collabos. Both provided impactful glimpses of the heightened vocabulary, intelligent wordplay and confident sense of self both rappers brought to the industry. While these rappers aren’t necessarily household names to mainstream ears, these and many other popular features by female rappers exhibited their skills and left memorable impressions on hip-hop lovers.

The multiple facets that women possess also allows them to bring verbal fortitude while still keeping a feminine edge. This keeps listeners on their toes and curious as to what sort of vibe they’ll bring to the table if they’re featured on a song. Rapsody appeared on Kendrick Lamar’s 2015 track “Complexion (A Zulu Love),” where she supplied listeners with thought-provoking bars about the effects of colorism. Kash Doll’s sultry verse on Big Sean’s 2017 song “So Good” finds her talking her sh*t about what she can do with her man. Through her memorable lines, she was able to display that she could keep it ‘hood while also bringing the sex appeal necessary for the song.

There’s also the issue of dealing with male egos, which—as evident by the ferocity of their features—female rappers give nary a f**k about. No matter how much the genre has grown, there’s still that internal belief that hip-hop is a man’s game, and anything that may alter that archaic thought process is somehow a threat. While it shouldn’t be surprising that women rap well, it somehow still stuns people that they can spit so severely.

Take Nicki Minaj’s iconic verse on Kanye West’s “Monster.” During her Genius: Lyrical Queen event in August 2018, Minaj said that she wanted to “impress” West with her lyricism, which influenced her animated, character-driven rhymes. She also recalled that Yeezy contacted her and said people are going to think it’s the best verse on the album, and that he was “taking a chance” on her.

According to an interview with Sway Calloway in 2013, West revealed he almost didn’t put her jaw-dropping bars on the song because she blew everyone out of the water. “If I let my ego get the best of me instead of letting that girl get the shot to get that platform to be all she could be, I would take it off or marginalize her, try to stop her from having that shining moment,” he admitted.

Male MCs may have reservations when it comes to ladies doing their thing because it poses the threat of being upstaged. However, seeing them opening up and letting women flourish in the game that they’re just as much a part of allows for the genre’s initial inclusivity to come full-circle. Gender shouldn’t matter, and everyone should have a seat at the table if they deserve it. As women continue to take a stand, show their worth, and inspire the younger set of women rappers, the gatekeepers of the game have taken notice.

The belief that female rappers aren’t taken as seriously as their male counterparts when it comes to their pen game may also create a greater fervor to go hard on a feature. While it’s public knowledge that some hip-hop heavyweights have helped out with writing for female rappers, there are many women who have been open about their struggles with proving their skills.

“You know what’s so crazy? N***as [say] Pap is writing for me,” an exasperated Remy Ma said in a 2017 interview regarding claims that her husband Papoose wrote her Internet-breaking Nicki Minaj-diss, “SHEther.” “Now, when n***as get “Shethered,” now all of a sudden, he’s writing my rhymes?” she continued. “I met Pap after “Lean Back,” after “Conceited,” after the “Ante Up (Remix),” after all my mixtapes. Who was writing my sh*t then?”

If you ask me, it’s a shame to think that if a female rapper murders a song or a feature, there’s the belief that she had some sort of help to come up with that fire. This isn’t to say that they haven’t had help in the past; Smooth Da Hustler reportedly assisted Foxy Brown with her rhymes on JAY-Z’s “Ain’t No N***a,” and Biggie helped Lil Kim with many of her most memorable verses. With keeping this in mind, if a self-written rhyme is too good, it’s somehow fraudulent. This way of thinking diminishes the power of the female rapper’s voice and pen, yet adversely, it allows them to continue to keep bringing heat to put the naysayers in their place.

Women have to work twice as hard and come three times as hard if they’re trying to make a statement or impact with their words in hip-hop (such is life). If female rappers are able to kill it like we know they can, a great feature has the ability to change their lives and bring more ears to their work.

Through their writing and rapping skills, women are able to provide a different insight into life in the game outside of a typical male perspective, which may also contribute to the fresh feeling listeners get when hearing a female rapper on some of their favorite tracks. The accolades that female rappers have received on these tracks and in their careers are the result of their talents, not from the fact that they could “keep up” with the boys club. While a feature helps with visibility, what keeps them relevant is the magic they make on their own. 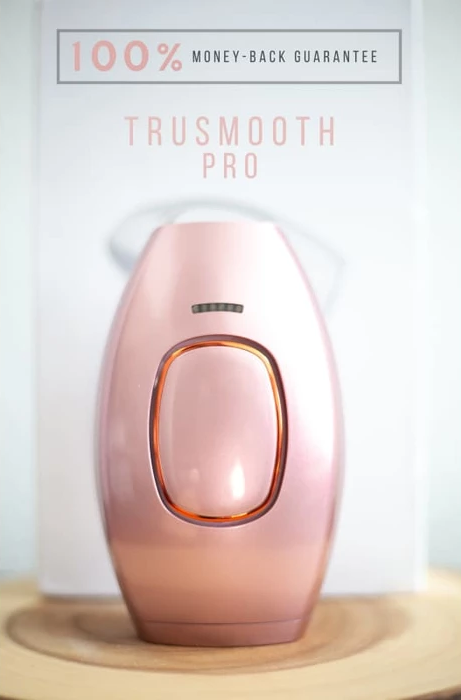 Want to join the discussion?
Feel free to contribute!

Prom made easy by Willits business collaboration – The Willits News